For every Tom, Theresa and Tabitha, there can be a “T” themed party – and with these suggestions, why isn’t there? 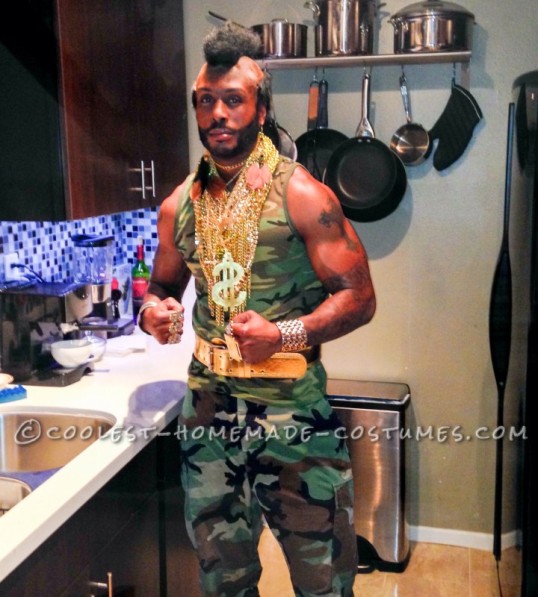 Is there anyone more iconic or perfect for a “T” themed party than Mr T – the actor, reality television star, professional wrestler, and all around iconic face with his wedged black hair, gold chains and 80’s leather vests. I know that there is a “Mr” in front of it, but I dont think anyone will get mad at your for showing up as the T himself.

While you can dress up as a classic Thunderbird style muppet cadet, you will earn a lot more cool points by going as one of the members of the T Bird gang from the 1950’s musical Grease. We’re talking Kinickie, Roger, Sonny, Doodie, Putzie, and of course Danny Zuko himself. Get yourself a Grease sanctioned black T bird leather jacket, comb your hair back, and don your best 80’s jeans – viola! Get grooving!

Chris Hemsworth started the trend of the drool- worthy Norse God Thor thanks to the Marvel universe. The good news? The popularity of the Avengers means that you can get your hands on a Thor costume pretty damn easily…

Now I am not usually one to condone dressing up as Tinkerbell, the little green fairy that buzzes around Peter Pan in the Disney movie of the same name, but people seem to really dig on the magical little nuisance – primarily because her costume is pretty sexy and it means girls can get away with a sexier number. Get yourself a cute little green dress, fairy wings, and a blonde wig and you’ll be cock blocking til the clock strikes midnight!

“I need a heart – I have to pump some blood out of my system,” said Bender as the Tin Man. Whatever the reason you need a heart for the Tin Man you dress up as for your T themed party the main thing is that you look the part. I’m talking silver, silver and silver baby! If you can get a cone silver funnel on your head you will look more authentic in your Wizard of Oz style costume, but no one will blame you if you dont go full Tin…

I know I mentioned dressing up as Lara Croft from the video game Tomb Raider before, but she’s such an amazing character and one of my favourite characters in any history of any universe EVER that I will mention her again without a second’s hesitation. Grab yourself some cargo short shorts, a brown, black or blue tank top (depending on which version of Lara Croft you are going as) sling on some thigh gun belt holders and put your hair in a braid.