There are many classic items that come out to play on Halloween when it comes to decorating – things like pumpkins, spiderwebs, fake blood, unrealistic dead hands shooting up from the ground, tombstones, and skulls to name a few. While some people can go simply grotesque with Halloween decorations, there are those that can consider this approach to decorating as tacky. If you are looking to host a more glamorous Halloween do here are a few tips that are going to help: 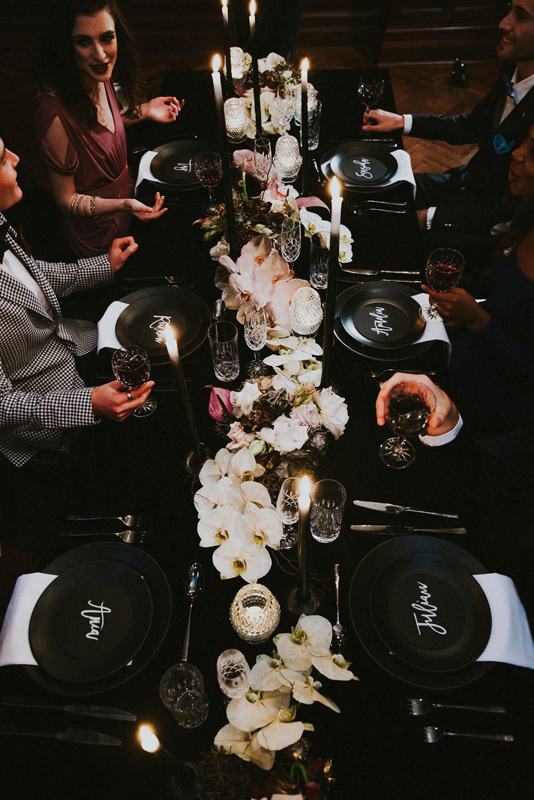 Photos by Tanya Voltchanskaya as featured in Hooray

Make It A Fancy Dinner Party

It’s pretty normal to show up to a Halloween party in a costume, drink heaps of alcohol and have someone pass out in the front yard. No? Maybe that’s just my parties then. If you want to make your Halloween event a super fancy affair, why not host a formal sit down dinner? Your guests can still show up in costumes but ask them to dress in more formal character costumes and serve a delicious Halloween themed dinner to them. You can serve things like pumpkin pie for dessert, prosciutto dishes as an entree, and stuffed Jack O’Lantern Capsicums.

Photo by Tammy Mitchell at Pink Peppermint Prints and Parties

Anyone can have a tacky bright pumpkin orange colour scheme for their Halloween party, but by going with more natural and spookier elements this will create a more chilling effect for your event and help set a sophisticated tone. Think dark neutral colours like black, chocolate brown and silver and make sure you add only small amounts of a colour pop to tie everything together – avoid orange if you can help it! 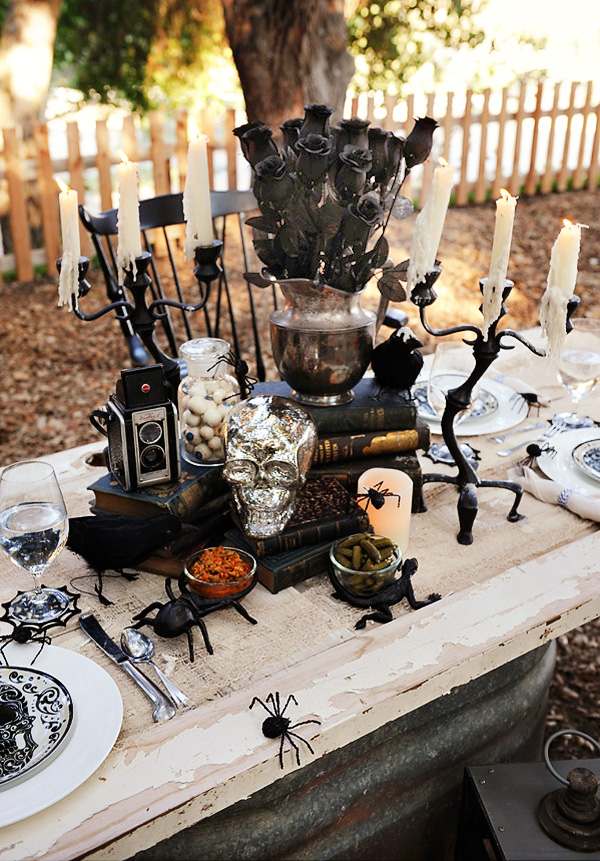 Photo by Tammy Mitchell at Pink Peppermint Prints and Parties

Get Fancy With The Decorations

Anyone can go down to their local $2 store and pick up cardboard cutouts of skeletons and rubber bats, but to avoid having a tacky look to your Halloween party you should aim for a more dilapidated or antique style look. Go for antique candelabras filled with opulent candlesticks, moss and twigs pouring over your dessert table, and other such items that wouldn’t look out of place in the Addams Family mansion. Think old, but elegant. 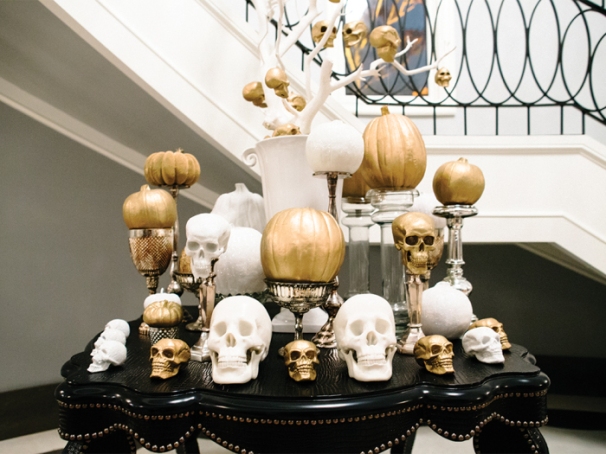 Photo by Daymen Gardner for Variety

It’s not Halloween without pumpkins right? Pumpkin carving is a fun activity in it’s own right in the lead up to Halloween but nothing says tacky like a classic Jack O’Lantern. Make your Halloween event a little fancier by going opulently in the decoration department of your pumpkins. Spray paint them in singular colours, add spooky sayings with glitter stencils, or even add a designer edge by sticking metallic gold spikes to your pumpkins in a decorative style. Place them neatly as a centerpiece and you will have guests gasping over how fabulous your Halloween pumpkins are – rather than how hilarious.

One thought on “Avoid A Tacky Halloween”