Halloween is almost upon us and that means its time to get your costumes in order! I’ve already listed off some more unique and fun costumes in The Alphabet Files, but Halloween is where it really gets good. Here are some costumes you can go as that start with the letter “s”.

If you were a 90’s girl in Australia like me then chances are you watched anime shows like Sailor Moon every morning on Cheese TV. Sailor Moon was such a great character because not only was she brave and fabulous in her own right, but she was also super klutzy and relatable. Because of that, going as Sailor Moon or a Sailor Scout to your next Halloween party will win you some major awesome nerd yet relatable points. You can buy ready made Sailor Moon costumes for pretty cheap – just choose your favourite scout and off you go!

“Look at me, I’m Sandra Dee!” Dressing up as Sandy from the retro 50’s musical Grease is an iconic role that is sure to turn heads – avoid the poodle skirts and slink yourself into a catsuit, curl your hair and put on some heels. If you’re not sure where you can score yourself a slinky little number like the one Olivia Newton John wears, get some inspiration from Black Milk Clothing – they have what I have seen to be the closest when it comes to catsuits! 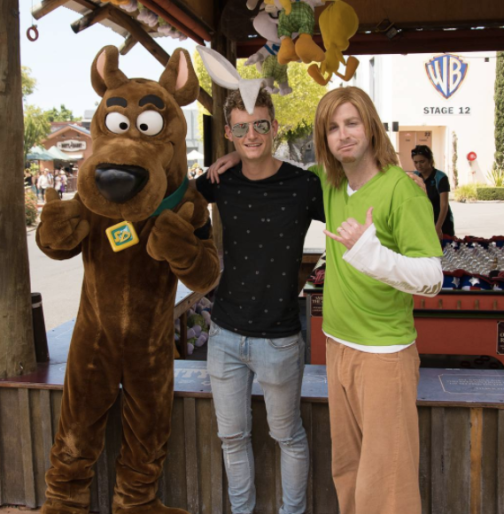 We’ve mentioned Fred and Daphne, so it’s only fair we mention Shaggy from the mystery solving show Scooby Doo. Another classic that won’t be too far away from the horror genre this Halloween (because it’s usually creepy guys in masks that are behind the mysteries!) dressing as Shaggy is a pretty easy costume to do – just score yourself some brown cauderoy pants, a green shirt, get the hair a little longer and maybe bring some edibles to keep you to character! 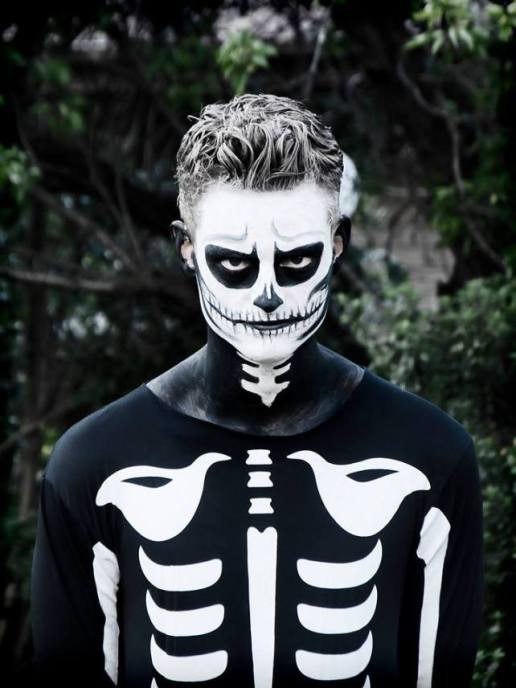 There are some classic costumes you can don for the spook factor on Halloween and dressing up as a skeleton is the most classic of all! Luckily, bodysuits are extremely popular for skeleton costumes and are easy to find (Again, I love the Black Milk Clothing ones for that sexy take) so all you will need to do is follow a skeleton outline in facepaint like Byron did here. It’s pretty easy to do and the effect is brilliant! It definitely proves that classics are classics for a reason.

Look, I’m not big on the character of Snow White in the children’s fairytales of Snow White and the Seven Dwarfs – she just always seemed so goody two-shoed to me even though she is a Disney princess and by definition they are all mostly goody two-shoes. But her name starts with an “s” so she makes it to the list. Dressing as Snow White is a pretty recogniable look – yellow skirt, blue shirt, red shoes, cropped black bob and a rosy red apple in hand. You can buy some ready made Snow White dresses to make it a bit easier (and you can go as sexy as you want) or you can put a similar design together. Just don’t come to my party as Snow White – Belle all the way! 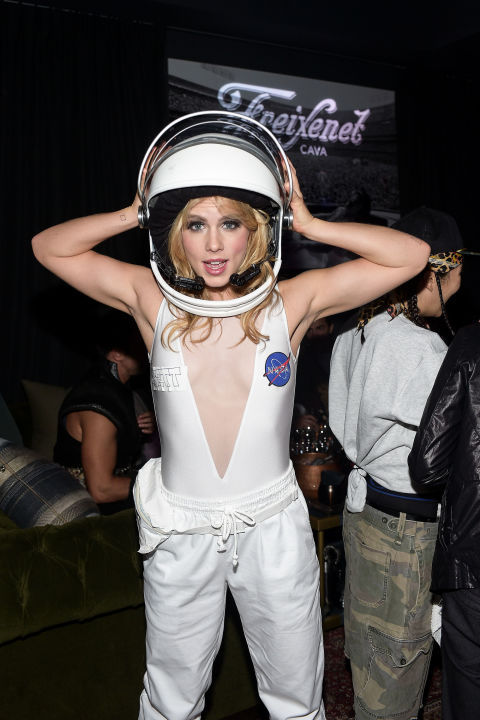 Want a costume that is out of this world? Than a Spaceman (or woman!) would be a perfect fit for you! All you would need is an all white outfit (just stay away from the coloured drinks at your party) or painter’s jumpsuit, a ready to go NASA iron on patch and a space helmet, which isn’t as hard to find as you would think.

Star Trek is one of the most popular TV shows and franchises out there, and my friends have wasted no opportunity in donning their best Star Trek Commander outfits. The shirts are easy to find and all you need are the black pants that make the uniform. Choose your favourite character (or the one that looks the most like you) and go nuts! Just make sure you know how to do the Trekkie Greeting!