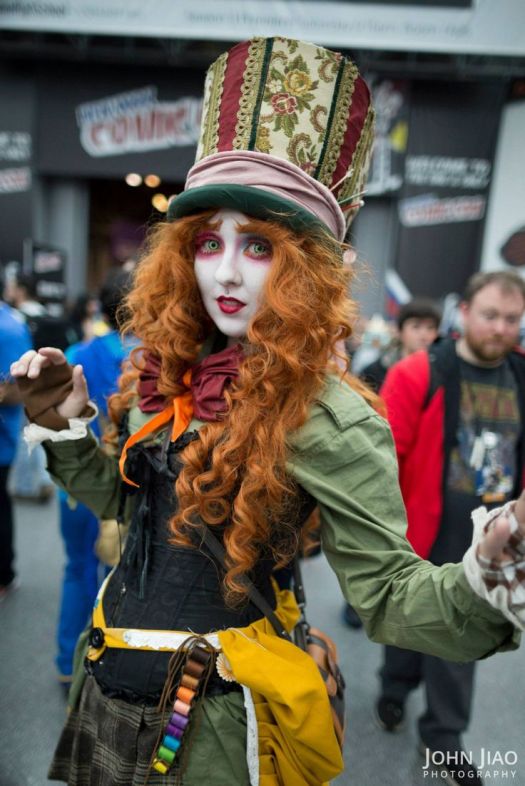 The characters from Alice in Wonderland have always been a popular costume choice when it comes to a Halloween or dress up party because they are so diverse, unique and iconic, so when the Tim Burton version of Alice in Wonderland came out in 2010 people were scrabbling for a Johnny Depp inspired Mad Hatter costume with bright red hair and fluttering eyelashes. The beauty of going as the Mad Hatter to a party is that there are several portrayals you can go as – you can go as the Johnny Depp version, you can go as the classic Disney animated version with a big hat and tails. Whatever you do, make sure you have an oversized top hat and you will be right as reign!

When I suggest going as Madonna to an “M” themed costume party, I’m not talking about current or modern day Madonna – I’m talking the iconic 80’s golden child Madonna complete with cone bra, fishnets and neon outfits. An easy costume to put together by raiding your mum’s 80’s outfits, go in singing “Material Girl” and guests will cotton on straight away! 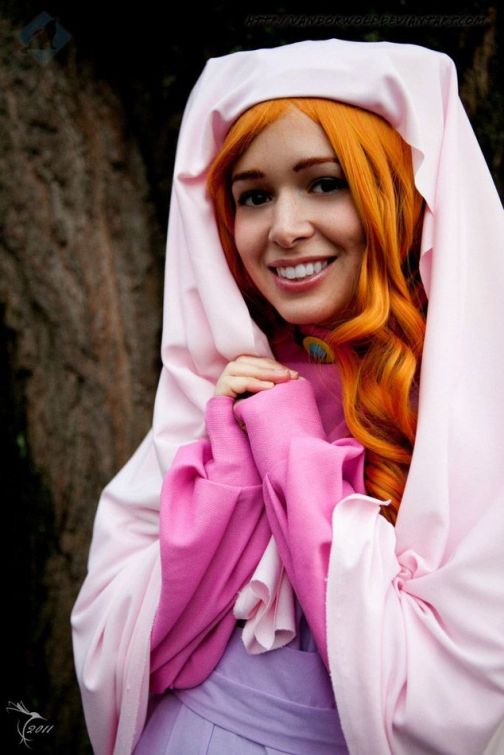 One of my favourite fairy tale/legend characters is the character of Maid Marion – the object of Robin Hood’s heart’s desire. I love the fox version, hate the Once Upon a Time version, but will always love the noblewoman herself. When dressing the part of Maid Marion you have to think of a noblewoman in the Renaissance period and what she would wear. It’s usually great to buy this particular costume online because you can get more detailed and intricate styles available in any particular colour, length or style that you would you like.

Back when the Angelina Jolie movie came out Maleficent was the most popular female costume of Halloween, and there’s no reason why you shouldn’t reuse your look for an “M” themed party. A Maleficent costume might sound hard, but it’s actually a lot easier than you think! All you need is a long black robe and staff (or you can buy some ready-made costumes from online party stores) and some handy DIY skills to make her amazing horned crown. Check out my article for 5 Surprisingly Easy Costumes For Parties in a Pinch for a video on how to make one for yourself.

If you’re an Adventure time fan than you won’t go past dressing up as the cool and rocking Marcelene the Vampire Queen from the hit animated TV show. It’s an easy costume because all you need are jeans and a striped red and black sweater, long black hair, vampire teeth and matching vampire bite marks on the neck. Sling a red guitar around your neck if you have access to one and get ready to rock!

Marie Antoinette’s costume is similar to Maid Marion’s in era, but the French queen who was beheaded was well known for having extravagant tastes, meaning that this look has to be extravagant in every detail. Think sweet, candy-pink colours, rich velvet materials, white elegant socks and high beaver hair do’s splattered with accessories.

You can buy several Marie Antoinette costumes online, so go all out if you going as the queen, and if anyone has a problem with it, tell them to eat some cake.

I mentioned his brother Luigi in our last Alphabet Files costume ideas, but Mario has always been the star of the show. Easily dressed in a similar fashion with denim overalls, a red shirt and matching red hat, paste a giant brunette moustache to your face and avoid eating stray mushrooms.

There are several characters that I am obsessed with: Lara Croft, Catwoman, Belle, Maid Marion. But the gothic in me loves nothing more than then beautiful queen of the night herself; Mortica Addams. Known for her passionate embraces with her husband Gomez and the sultry way she calls to him in French, Morticia has a penchant for the dark and dreary, but has a soul so rich and open its hard not to fall in love with her yourself.

The character of Morticia would make a great couples costume if you happen to have scored yourself a real life Gomez, but the outfit is also pretty slinky! Think a long, figure-hugging black dress with a train that fans out at the edges, pale make up and long black hair. It will be enough to make the guys at the party go, “Tish! That’s French!” and start kissing your arm.

So there you have it, some excellent ideas for your next “M” themed party. Remember, all of these costumes may be based on specific characters, but the beauty of a dress up party is that your costumes can be fluid when it comes to gender. If you try to “cross-dress” (for want of a better word) I’d love to see the results! Don’t forget to email me at thepartyconnection@hotmail.com with your pics!