We’re almost half way through the alphabet, which means you already have some killer costumes you can try for your next alphabet themed party. We’re hitting our stride with some pretty awesome ideas so sink your teeth into these tasty morals:

Lady Gaga is queen of the costume. Whether she is in a horrific meat dress, a space aged dress, a pink Superbowl gridiron outfit, dressed like a transparent nun, wearing a full red lace headpiece complete with crown, or simply donning sexy little hotpants, Lady Gaga has a million different looks to choose from, meaning that if other go as Lady G there will be absolutely no way that you would ever look the same.

The best news? You can score some Lady Gaga costumes from costume shops online, so you can feel free to get detailed without having to sow it yourself.

But please, whatever you do, don’t go in a meat dress. That was bad and should never be repeated. 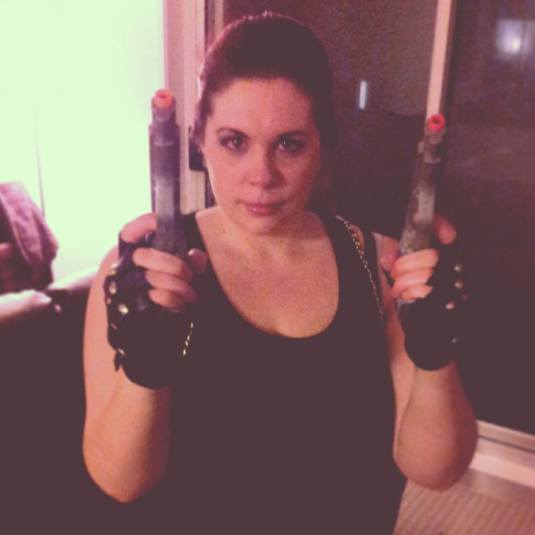 If there is ever another person I would like to be, it would be Lara Croft. Not only is she a kick ass lady who is fearless, adventuresome, intelligent and amazing at practically any physical activity on the planet, but she is never defined by a man, she is beautiful and she is an archaeologist. That’s why every party and every cosplay event I attend, I will without fail dress up as Lara Croft. It’s not fair really, because my Catwoman catsuit does need to get out every so often as well.

There are heaps of different Lara Croft versions you can go as – classic Lara with the blue tank top and short shorts, Legends Lara with a more khaki take on the classic, Angelina Jolie’s version of Lara decked out in black, or even the new younger and less-flesh baring Survivor Lara. No matter the style, make sure you have the guns, the gloves, the braid, and the attitude to match.

Or, you know, for the purpose of this “L” themed party you can simply call her Leia. Known among the Star Wars universe and one of the undisputed queens of the galaxy, Princess Leia charms the daring ruffian Han Solo and kisses her brother Luke Skywalker in the later installments of the films. While she has a few different looks for each of the different movies, the most iconic costume is her long column style white silk dress and matching brunette buns on the side of her head.

However, if you want to get sexy, there is also the option to go as Slave Leia in her futuristic bikini – I’m just saying!

Legolas is a Sindarin Elf in J.R.R Tolkien’s world of The Lord of the Rings and The Hobbit and was made famous by Orlando Bloom’s portrayal in the movies. With long straight blonde hair pulled back at the top and left flowing down his back, all you need to do is put on some woodland Robin Hood style cloak and bring a bow with you to pull of the Elfin ‘do. The thing that makes this character is the hair, so if you do that right for an “L” themed party you will be golden! 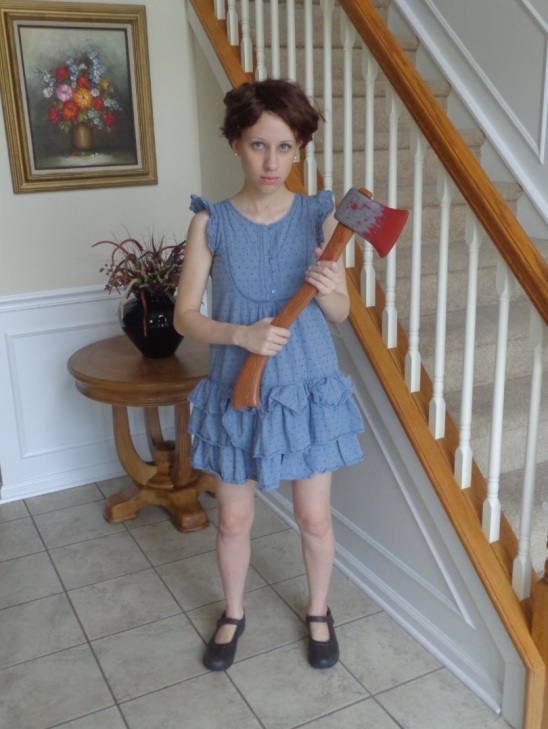 Lizzie Borden is more infamous in the United States than anywhere else, but with a recent Netflix TV show starring Christina Ricci doing the rounds the character of Lizzie won’t be too hard to recognise at an “L” themed party.

Lizzie Borden was an axe murderer from a small town of Massachusetts in 1892 who killed her father and stepmother so however you want to emanate Lizzie’s look make sure you’re holding an axe while you do it. The main costume isn’t so infamous, so dress like an 1800 pioneer woman and you’ll be right as reign – or if you are so inclined you can actually get a Lizzie Borden costume online from places like Amazon.

An self-respecting child of the 90’s and naughties will remember one of the Disney Channel’s most popular shows Lizzie McGuire. Haled as the career-maker for teen star Hilary Duff, Lizzie McGuire was a product of the naughties fashion generation including crimped blonde hair, fake looking feathers and fur, mismatching prints and high-top sneakers. All you need to do it dig out those old fashion skeletons from your closet, crimp your hair and head to your party – easy and fun!

Super Mario may have gotten the princess – and all of the fame – but Mario wouldn’t have gotten anywhere without his green loving brother Luigi. Luigi is a great costume to go as because it is instantly recognisable for those in the know of the Nintendo universe, and also super easy to put together. Grab yourself a bad fake moustache, a green hat with an “L” on it, a green long-sleeved shirt and denim overalls and you’ll be talking in a bad Italian accent in no time!

Let me know if you’re having an “L” themed party anytime soon, and if so who you will be going as! Stay tuned for the start of the alphabet run with “M” themed costumes coming up…