It’s that time of the month again where I give you some out of the box ideas for your costume themed party based on a letter of the alphabet. Some of you might be wondering why I am doing this, but you would be surprised how many people throw birthday parties themed with the starting letter of their name. Check out some of these unique costumes that start with the letter H and get cracking on the celebrating…

Ahh the roguish scamp played by Harrison Ford that everyone fell in love with from Star Wars – is there anything sexier? Going to your next party dressed as Han Solo will not only earn you big bonus points in the hearts of fellow guests, but it is a pretty simple costume to put together and the option to go in couple costume with either Princess Leia or Chewy is almost too good to pass up! 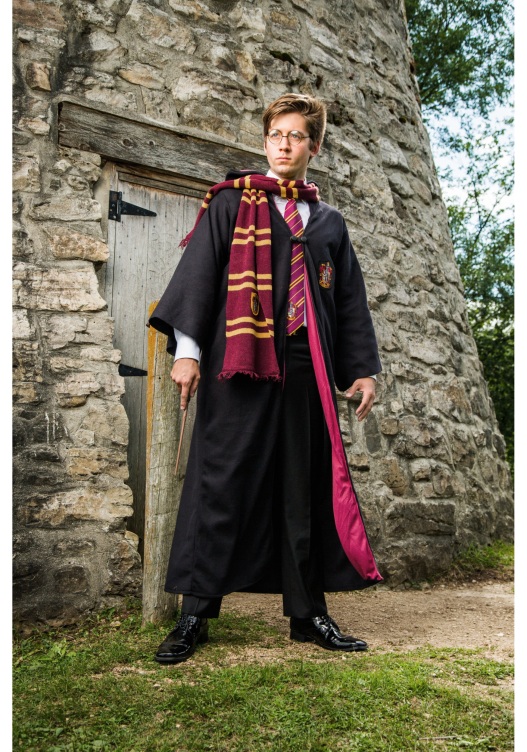 Who else waited on their eleventh birthday to get a letter inviting them to Hogwarts? I know I did!

Harry Potter is one of the most iconic characters of modern day thanks to JK Rowlings’ epic seven piece saga about the boy that lived. The magical world of Harry Potter is absolutely stellar, and all you would need would be a Hogwarts uniform and robe, glasses, and a lightning bolt scar on your head. You will be easily distinguishable from other characters, and there is bonus points because you can yell things like “Accio Vodka!” all night.

After Suicide Squad came out everyone wanted to be Margot Robbie’s version of Harley Quinn – sexy, badass, and totally crazy. Fun for a party, right? There are so many ways you can dress up as the Joker’s girlfriend – from the hot pants wearing Robbie character to the classic comic book catsuit – that you won’t be hard pressed to find a costume that works for you. The best part? Turn it into a couple’s costume and get your partner to go as the Joker (Heath Ledger, Jared Leto, Jack Nicholson or Michael Emerson’s classic to name a few style options there).

And don’t despair – this costume can also be gender-bended. Check out this awesome photo by Chris Villain:

Another classic character from JK Rowlings’ wizarding world, Hermione Granger is one of Harry Potter’s best friends, and she is a fierce, brave, and bookish feminist that every little girl wanted to be.

Well now you can be, thanks to a well planned costume party! Get yourself some wizarding robes, a school skirt and wand, and tease your hair to crazy volumes. Put a couple of books under your arms, and you will be all set to save the day (because let’s face it, it was Hermione’s smarts that really saved the day!)

Photo by York in a Box via Imgur

The role of the villain in the Peter Pan story is surprisingly versatile when it comes to choosing a costume for your H themed party. You can go as the Captain Hook from the classic Disney cartoon, complete with the red jacket, matching hat and big black wig and mustache. Or you can go as (my personal favourite) the sexy Captain Hook from the TV show Once Upon a Time, complete with black leather jacket, slinky black pants and a daring swagger.

If you’re coming to my H themed party, go as the Once Upon A Time version. 😉

Similar to the idea of going as a Greek God or Goddess to a G themed party, you can reuse your costume with a bit of a twist to go as Hercules – the half God/ half mortal son of Zeus with super strength and extreme bravery. Channel a bit of a hero vibe with Roman style sandals, neat curly hair, and warrior skirt, and maybe don a (fake) lion’s fleece to complete the brave look.

This is probably not a character you thought I would close with, and maybe not one that you would necessarily rush out to get, but the fairytale story of Humpty Dumpty is a wonderful character to force on your unsuspecting child like the one above.

If you have a child, please just dress it up as Humpty Dumpty, put it on a wall, and send me photos. It’s so damn cute!

But seriously, if you dress up as any of these H themed characters, or have any other ideas for your own, leave me a comment in the section below and let me know. Stay tuned for the I themed characters coming up soon.

One thought on “The Alphabet Files – “H” Themed Parties”