Origami is a Japanese art form that folds colourful paper into decorative shapes and figures such as cranes, cats, dogs, birds and other forms. Origami is utilised in many cultures (such as in China where folded paper representations of gold “nuggets” are burnt at funerals) but is most commonplace and thrives in Japan at ceremonial functions.

The earliest mention of origami is in a short poem by Ihara Saikaku in 1680, which mentions a traditional butterfly design used during Shinto traditional weddings. Despite this though, the most popular Japanese origami is the paper crane.

Origami has become very popular during wedding ceremonies, and the different animals and shapes that are folded from the origami have different symbolisms that help add that extra layer of meaning to a wedding. The crane is a symbol of long life, happiness, good luck and peace, while the butterfly is the symbol of marital happiness. Origami dragons are a symbol of power, wisdom, success, strength and fortune, while the llama is a symbol for endurance under difficult situations, as well as responsibility and hard work.

Check out some of these stunning weddings and events that utilised the mastery of origami for themselves, and see for yourself while this trend is so popular right now. 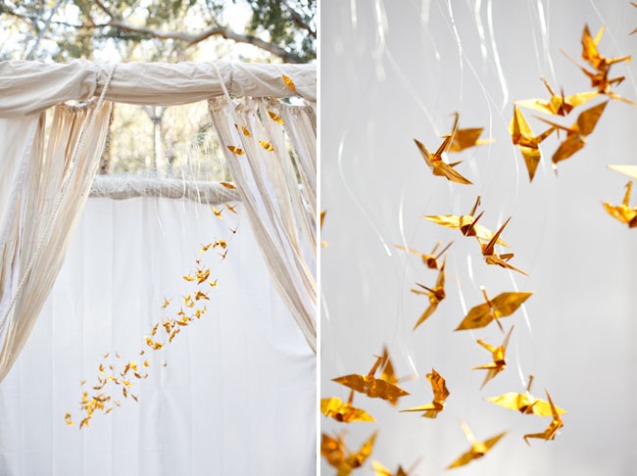 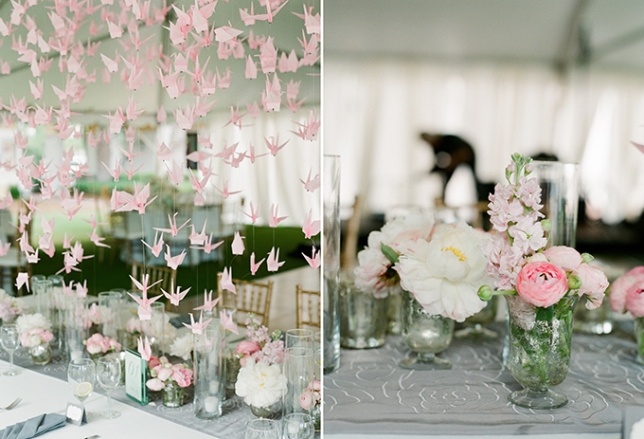