For my husband’s twenty-seventh birthday this year we spent a pretty low key couple of days lounging at the beach and eating delicious vegan food. Amongst the delicious vegan food that was consumed, was also this absolutely spectacular Woodland Forest Vegan Cake, made by none other than Rainbow Nourishments who you had a glimpse of a few days ago. 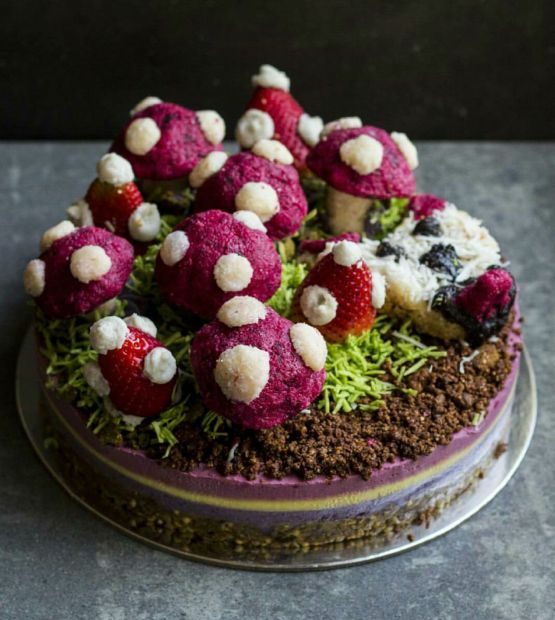 The cake – which is entirely vegan and gluten free – is my husband’s favourite flavour of mixed berries and is themed around what he loves best – mushrooms and forests! The results were spectacular, and I couldn’t be more thrilled with the effort that Anthea put in to the cake!

There was even a Buddy cookie too, themed on our own Japanese Spitz!

If you’re in the Canberra region, book Rainbow Nourishments as your cake maker of choice for your next event.