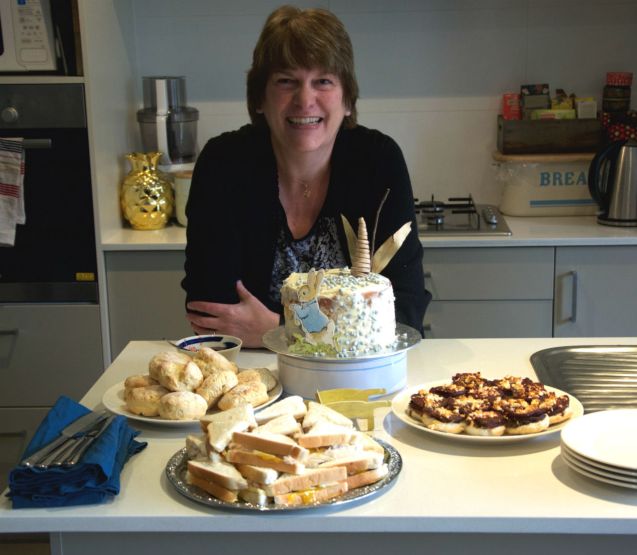 The colour theme that was chosen is a very central colour theme to the overall brand that is my husband and me. This central theme tends to run through everything we own – from homewares and possessions, to clothing – and while it does match other personal brands, it makes for great consistency when choosing how to celebrate.

The colour theme for our Mother’s Day and Father’s Day celebrations was navy and grey – something that might be generally perceived as a masculine colour palette but can be transformed into something different completely with softer elements and colours such as white. Mixing in different plants and flowers, as well as natural timbers and granite, mixed the whole event up and gave it a more natural and relaxed vibe. 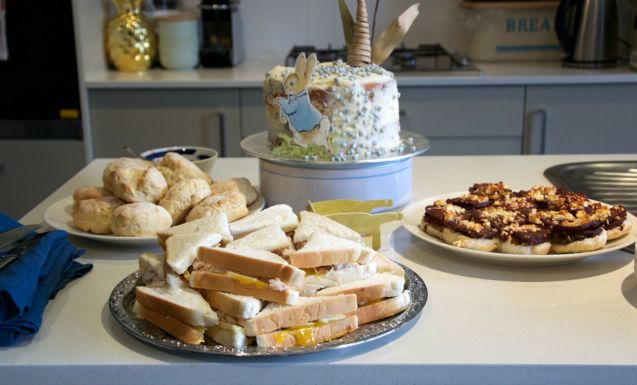 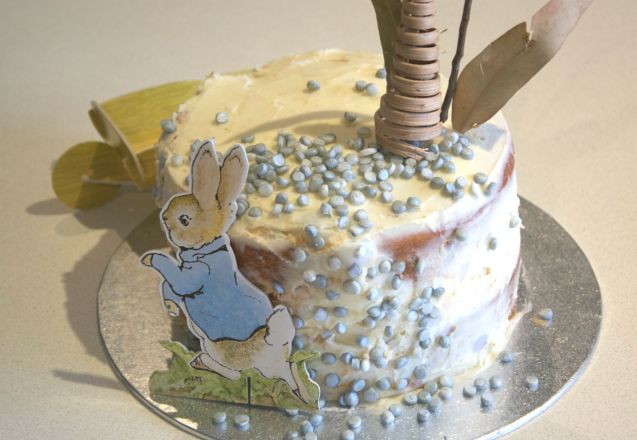 For Mother’s Day, the idea was to host a celebration that was still feminine and in line with a High Tea. Many High Tea’s promote an idea of a garden party, complete with roses and flowers and decadent deserts in pretty dresses, so the goal was to turn an outdoor party into an “Up the Garden Path” indoor party using the navy and grey colour scheme.

The best use of this was the cake. A two layer sponge naked cake was made with a garden path design that included delicate images of Peter Rabbit – the wascally wabbit who made a mess of a garden. Grey edible confetti was made to give the idea of a garden path for Peter Rabbit to follow. This more feminine image and use of the grey made the garden path idea work for the event.

The food were a high tea style buffet that included triangle sandwiches on silver platters, caramelised onion, beetroot and feta tarts on delicate crystal, and scones with jam and cream. Natural elements such as leaves, twigs and plants were added into the buffet to pull the navy, cream and grey colours into a warm and inviting environment. Flowers were used abundantly on the table as well as grey table runners to also give the idea of walking up a pebbled garden path. 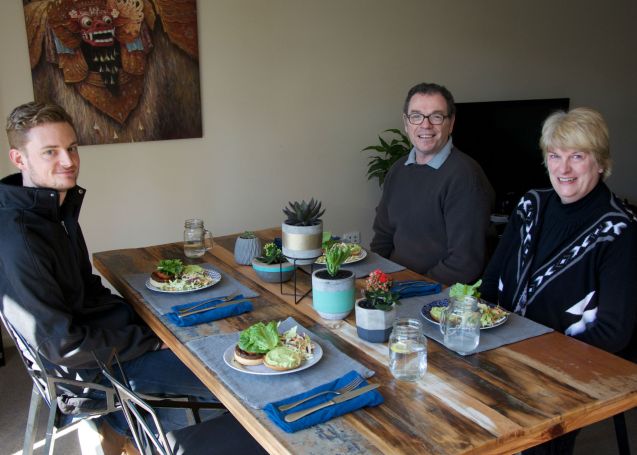 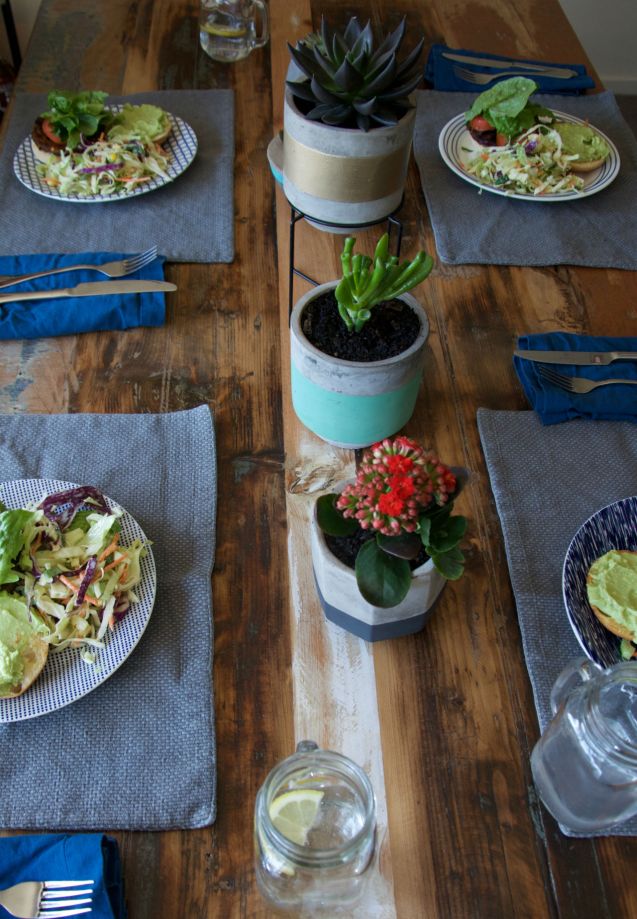 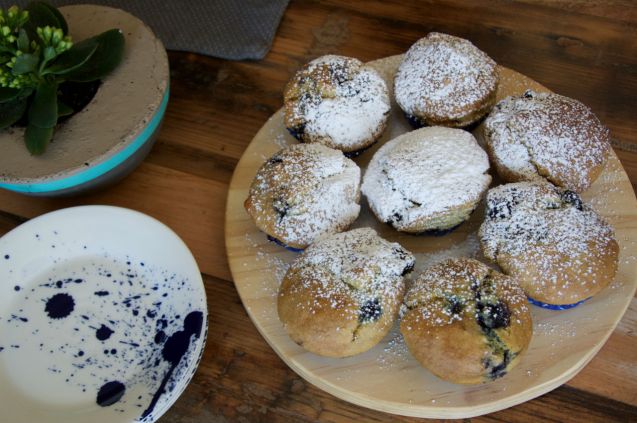 If you have seen the Beijos Babes’ event Southern California Baby Shower than you will recognise the idea behind this Father’s Day celebration. The idea was a Southern California style desert themed Father’s Day to add a more masculine twist to the navy and grey colour theme and make it stand out as different from the Up The Garden Path Mother’s Day party earlier in the year.

The best use of this was the use of succulents in grey and painted concrete pots that aligned the wooden table, which brought the desert element into the celebration. The succulent plants used were similar to that you would find in a desert, and the grey concrete pots were masculine, as well as pretty with their delicate painted sections on them in gold, dark grey and turquoise blue.

The food served at this Father’s Day celebration was also more masculine than that served at the Mother’s Day High Tea, with a classic hamburger on the grill (but with a more funky twist, as the burger patties were vegan black bean burgers, the buns gluten free and the salad a lemon myrtle coleslaw). Dessert were vegan blueberry muffins sprinkled with icing sugar and served on Industrial Estate’s hand-made circular wooden chopping board.

So – two very different yet very complimentary celebrations that used navy and grey as the starting colour theme and added natural elements into the mix. What do you think – which celebration used the colour theme better? Drop me a line in the comment section below and let me know!