Villians and supernaturals alike….
Party hard with us and do not dare pike…
If you do we fear your consequences….
Voodoo, witchery, curses of all offences!
Rewarded are those who dress the scariest,
Think dark, think awful think spooky lairiest!

This year, My husband and I teamed up with the amazing Charlotte Johnson (the creator of the above rhyming invitation!) to create a Halloween party worth it’s weight in fake blood, gore, and spooktacular treats! Utilising a combination of different scary elements, we put it all together to create the ultimate Halloween Monster Mash. 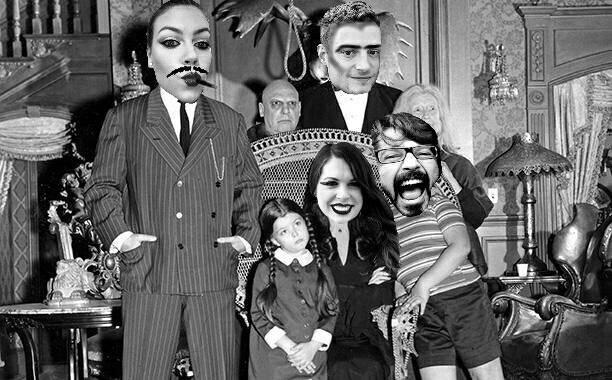 Charlotte put together this initial invitation cover photo for our Monster Mash Graveyard Smash that put the faces of herself, myself and our partners into The Addams Family portrait. I loved it so much that I couldn’t not include it -this invitation sent the tone for what was a super fun party!

My very talented husband Byron Carr made some excellent signs to light the way to the party and left a trail of pumpkins for the guests to follow. 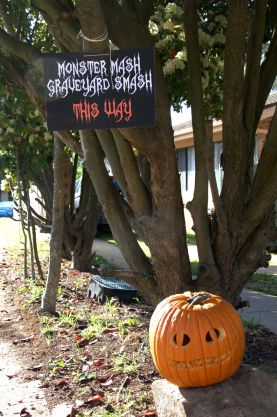 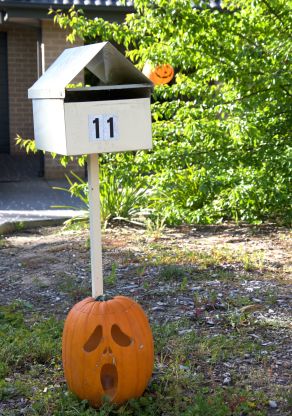 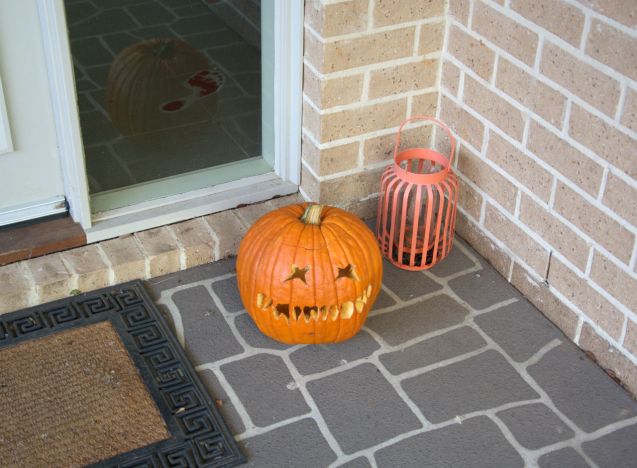 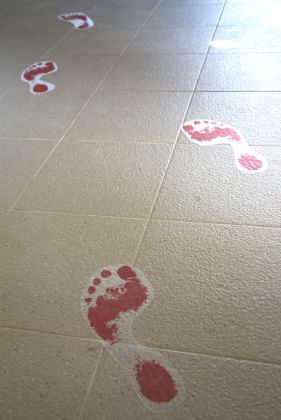 The house was filled with little scary extras, such as bloody footprint stickers at the front door, blood splatters on the windows, cobwebs with fake spiders on every surface, witches cauldrons filled with candy and skulls galore! 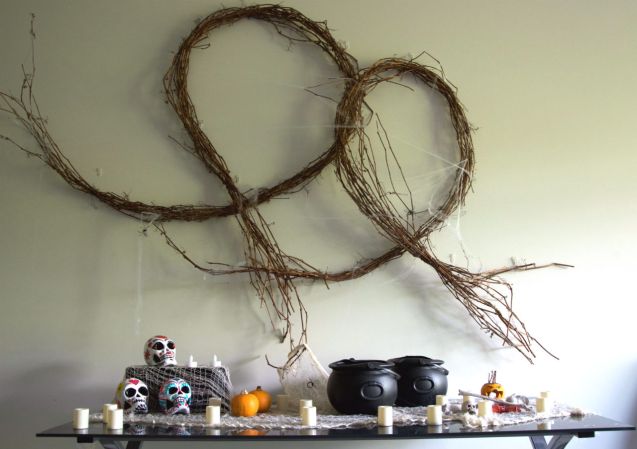 Utilising a great wall centrepiece in the house, a witches alter was set up underneath with a collection of scary little extras such as bone and finger offerings in a candle five point star, skulls, and mini pumpkins. 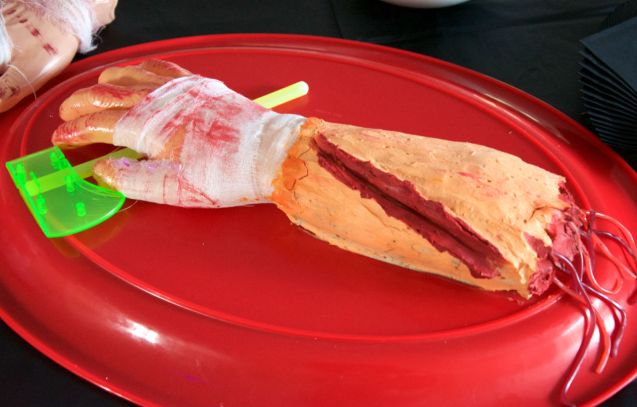 The food table was set up a decaying body on it, with the food served around it. We served roasted pumpkin seeds, bean dip with corn chips, pumpkin scones, chips, lollies, and Charlotte’s mother Jennie brought an amazing severed hand made of cheese! How good does it look?

A graveyard was set up outside complete with half-buried skulls, and Halloween lanterns marked the trees to bring the spooktacular glory to the surrounding trees. 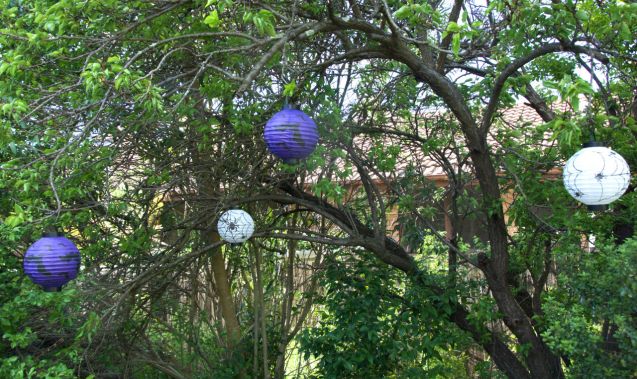 And of course, everyone was out in costume in full force! There were Voodoo Dolls, Skeletons, Bob Marley, Undead hosts, trekkies, Batman, Dracula, Pirates, Geisha’s, Carl from The Walking Dead and so many more fun characters! The costumes make the day for sure! 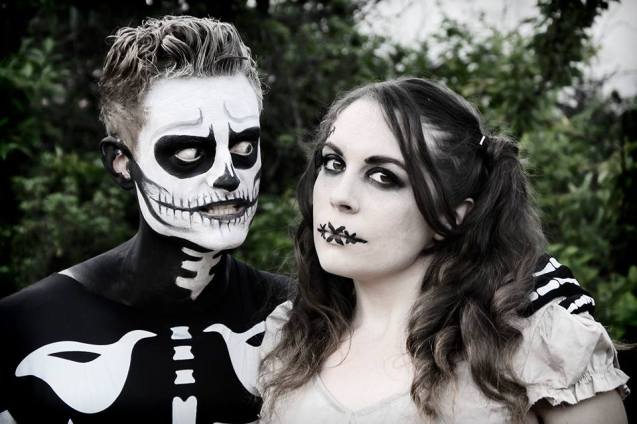 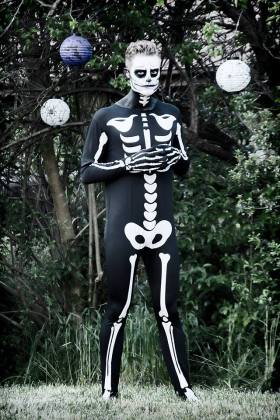 Tell me what you think of the Monster Mash Graveyard Smash in the comment section below!