It’s time to start gearing up for Halloween, and I know you’re trying to decide who you should go as to your Halloween party. Well, thankfully my Alphabet Files are here to help, and this month’s costume ideas all begin with the letter C… 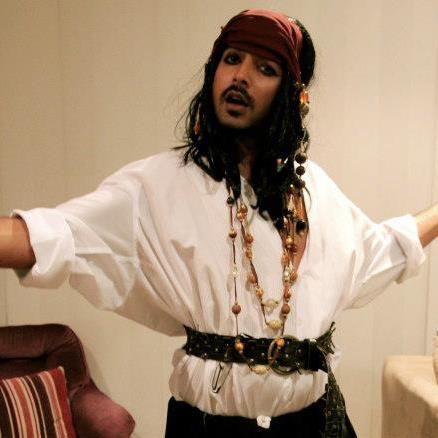 Basically any character who begins with the word captain is fair game for a C themed party, but before you rush to your nearest Ebay store and purchase a basic Captain America costume, have a think about the other captains out there – such as classic revolutionary explorer Captain Cook (perfect if you’re a bit of a history geek!) or maybe even a Captain Jack Sparrow costume would float your (pirate) boat. If you want more of a bad boy vibe that’s “badder” than the Pirates of the Caribbean, go as the legendary Captain Morgan with a bottle of rum in one hand. Or, go sexy as the Captain Hook from Once Upon a Time – no one will complain here if a pirate shows up in leathers! 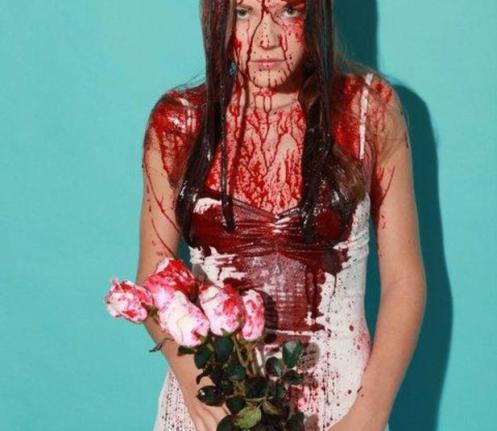 Cute pale Prom dress? Check. Bloody vengeance? Check. Nothing says Halloween quite like Stephen King’s spook-fest Carrie, and nothing will be more iconic at your C themed Halloween party then dressing up as the girl with telekinesis herself, dumping as much fake blood on you as you can get, and topping it all off with a tiara. Now that’s scary!

At a Supernova convention I was delighted to see a guy dressed up as the angel Castiel from Supernatural, as played by Misha Collins (who I met and he was lovely!) It was a slight costume that not everyone will recognise because it’s basically a white shirt, black pants and black tie and a long brown trench coat – but you get a Supernatural fan at your party THEY WILL BE OVER THE FREAKING MOON!

Thinking you want to be a sexy superhero this year? Than go no further than Catwoman – arguably one of the sexiest of the superhero/super villains out there. There are quite a few versions you can go as – Anne Hathaway’s skin-tight motorbike riding Catwoman, Michelle Pfieffer’s stitched up latex version, Halle Berry’s jewel thief version, or hell even Mean Girl’s Gretchen Weiner version will work too!

If you need a sweet catsuit to don, you can’t go past Black Milk Clothing for the sleekiest out there. Meow! 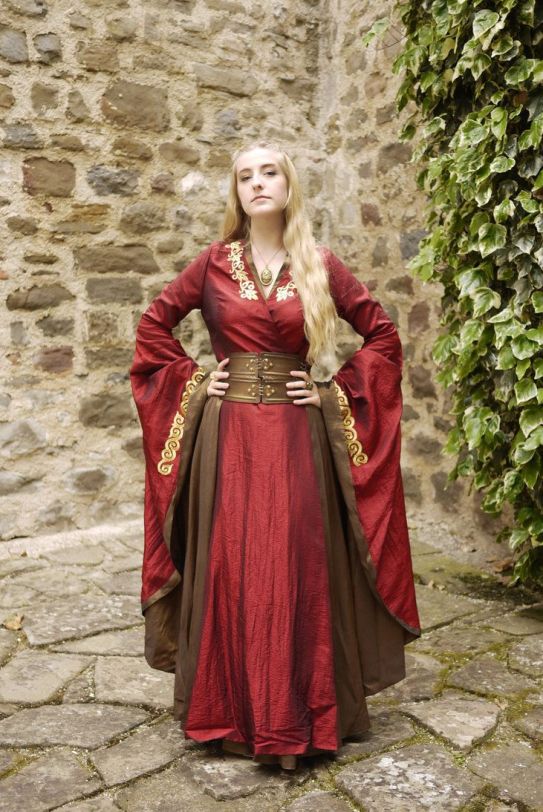 Game of Thrones is super popular at the moment, so why not capture the captive audience and go as the Queen Bitch herself Cersei Lannister? There are heaps of Cersei costumes available online (wigs included!) and you get bonus points if you also happen to go as the shame nun!

Any Alice in Wonderland lover will be headed to Wonderland to get inspiration for their C themed costume, and nothing is more iconic than the Cheshire Cat. Don pink and purple stripes and whiskers to get into the spirit of things, and the beauty of going as a Cheshire Cat is that you can make it as sexy, fun or spooky (think Tim Burton’s Alice in Wonderland version) as you would like!

Child’s Play, and the Chucky series, are my favourite horror movies ever, despite the ridiculousness that is the Chucky doll. The Bride of Chucky is EVERYTHING so naturally I share a great love for her partner in crime with his foul mouth and crazy red hair. I saw this guy at a Toy Box themed party above, and I couldn’t help but snap a picture. What an awesome dude! 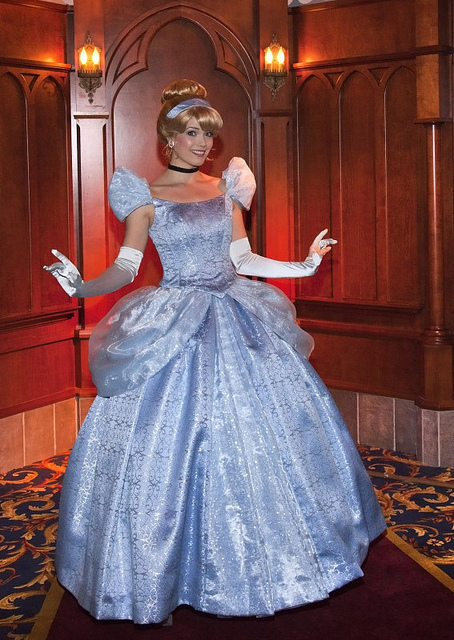 Love your Disney Princesses? Then go no further than Cinderella, the most classic Disney Princess of them all. Any excuse to wear a pale blue ball gown will suffice, but go as the perfect “it” couple by dressing your partner up as the prince for an effortless and adorable couple’s costume. 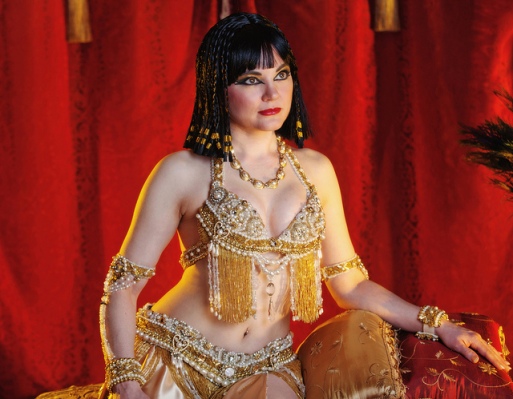 There is no one more perfect than Cleopatra – the Queen of the Nile. Pascal once said that if her nose was any shorter than the whole face of the world would have been changed, so why not try on one of the most beautiful faces of all time and don a short, neatly cut black shoulder length bob wig, elegant gold snake arm bands, and a long flowing dress that will cause people to never doubt your Cleopatra amazing-ness! 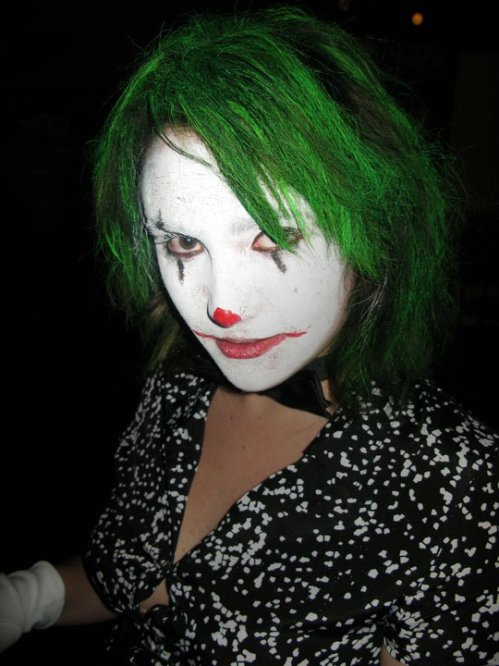 Many people have coulrophobia which is a fear of clowns, so what more perfect outfit would there be for a C themed Halloween party than someone’s worst fear? No? A little too mean? Don’t blame me –I pyscho-passionately LOVE Evil Clowns! IT, Twisty the Clown, that clown from Supernatural, it doesn’t matter – get an evil look on a clown outfit and I can’t help but want to join in for some murdering good fun (Jokes! I joke!). But seriously, with so many different clown characters out there (it doesn’t have to be evil) you won’t be hard pressed to find an appropriate outfit. 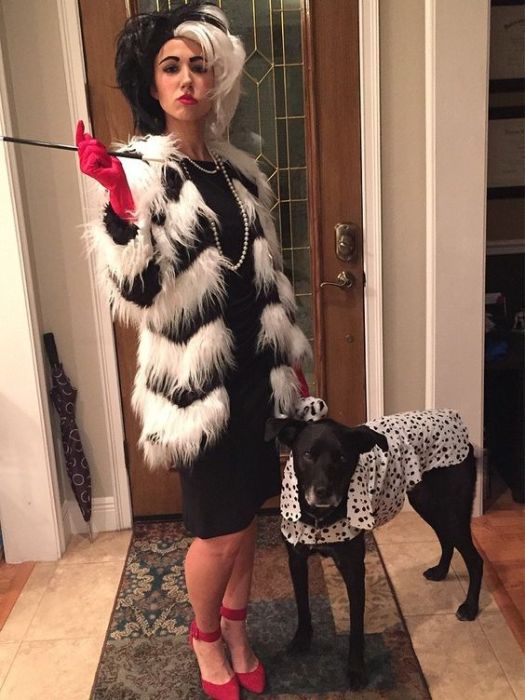 An iconic Disney villain, Cruella De Ville has her eyes on a puppy skinned Dalmatian coat from 101 Dalmatians, and my vegan views on this aside, she makes a pretty good costume if you want to go to a C themed party as someone both evil and fabulous. Black and white and on point is the costume of choice, which is pretty easily done, and all you need to do is grab yourself a (faux) fur jacket to go on top. If you want to add a bit more pizazz, channel Victoria Smurfit’s Cruella De Ville from Once Upon a Time, and bonus points if you have a Dalmatian that can come along the party ride with you.*

*Please note though, I do not condone skinning puppies – Dalmatian or otherwise!