Halloween is fast approaching, and a great idea for your Halloween themed party would be to host a Supernatural themed party. Supernatural is my favourite TV show, and it stars Jared Padelecki and Jensen Ackles as two brothers who fight supernatural creatures and get tied up in the wild world of the things that go bump in the night – angels and demons included. It’s a great show to use as a theme for a party, and here are some ways you can do just that. 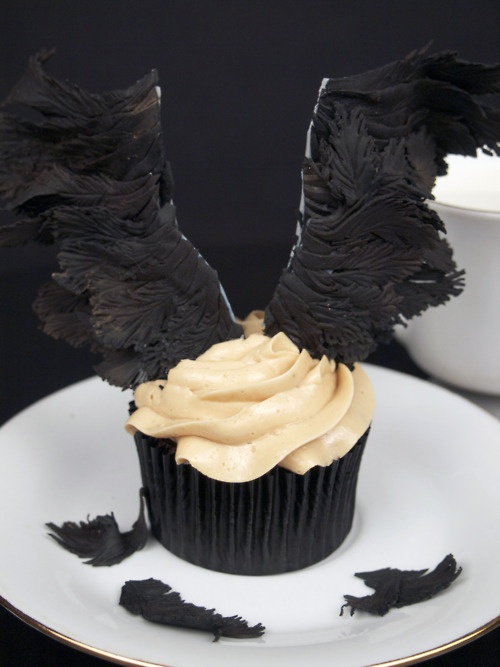 Theme your food using things that the Supernatural boys use, such as making a cake or cookies with a devil’s trap designed into it, pig n poke, or even just serving heaping burgers or the humble dessert pie as a homage to Dean Winchester (who just loves his freakin’ pie!). My favourite Supernatural themed dessert has to be the above Castiel themed cupcake from Nerdache Cakes! Apparently over 100 black feathers went into making the wings, so if you have time if would definetly make the perfect cupcake topper for your Supernatural themed party!

The show is known for it’s use of classic rock music that is known to be the palatable taste of Dean Winchester’s, so make sure your iPod is cranked full of classic tunes such as “Smoke on the Water”, “Eye of the Tiger”, “Carry on my Wayward Son” and anything by AC/DC, Black Sabbath or Blue Oyster Cult. If you’re up to date and feeling a bit silly, add in Taylor Swift’s “Shake it Off” too, just to show you know your episodes (“About a Boy” in case you’re wondering!). 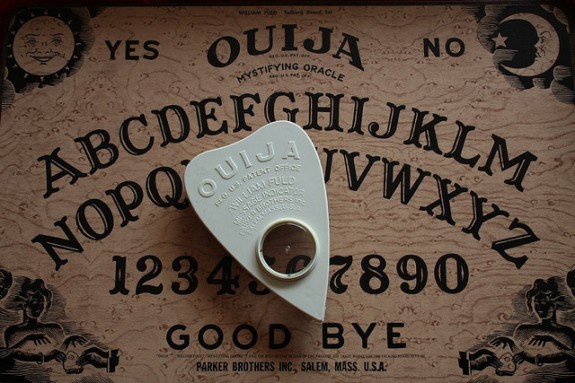 If you’re into it, you can crank out a classic Ouija board for your party, though I would generally steer clear from actually summoning a ghost on Halloween! If you love the idea of the classic Murder at the Dinner party, you can play a similar game by having one random guest sign on to portray the part of Lilith (ie. a possessed character). Then, throughout the night the guest needs to “possess” people by tapping guests on their shoulders, and getting the message across to them. At the end of the night, those who haven’t been possessed need to guess who Lilith is! I played a game like this on my 21st Horror party, and it went really well, so I definitely suggest playing this game!

If you want to have a bit of a classic party, you could play “Pin the Tie on Castiel” or play a drinking game while playing some of your favourite episodes, because having the show on in the background is a MUST.

Decorations for a Supernatural themed party are a little bit trickier unless you have a life size Chevy Impala you can drive into your venue. Instead, use the general colour scheme and filter of the show and hang up shiny black bunting, use black balloons and tablecloths and even incorporate some light up headlights to put on either end of your dessert table to give it an Impala type feel. Decorate with devils traps and put salt on the edges of the window and the door (a bit messy, I know, but super authentic!).

If you want Supernatural merchandise, you can get foil balloons, and even life size cardboard cutouts of your favourite Supernatural characters. Just make sure to send one my way if you get it!

It’s Halloween, so you have to dress up anyway! Make it interesting by going as your favourite Supernatural characters from Dean, Sam, Castiel and Bobby to countless demons, supernatural creatures they have faced (I want to see an evil scarecrow people!) and even Crowley and Rowena.

I’d love to hear from some other people if they decide to have a Supernatural Halloween – how did you do it and what did you dress up as? Let me know in the comments below!