The event industry is booming and there are new companies, stylists, blogs and shops opening up all the time – each offering a unique insight and design for all kinds of celebrations, parties and weddings. If you’re a small event company that is building your business and growing in your trade (like me!) in can be hard to showcase your work and prove to the big leagues that you have what it takes to make a party or event fabulous. This is where Claire and the Confetti Fair come in!

Confetti Fair is a travelling roadshow that helps creative companies come together to showcase their work in the industry. Travelling around Australia, you can find amazing party inspiration, receive fabulous styling and baking tips, get some of the most unique treats, floral arrangements and decorations around, and get involved in workshops that will help put it all together.

Confetti Fair has bloomed into three different fairs (Confetti Fair, Confetti Fair Junior and Confetti Fair Twilight), a series of fabulous workshops, and a biyearly magazine. Now it’s time to meet the Wonder Woman behind them all – Claire!

Tell us a bit about yourself.

I am single mum to an active three year old whose favourite thing at the moment is playing Avengers (I often find myself at the end of a Hulk body slam!). I am a terrible cook but can bake yummy cakes and cookies. I left school at the age of 15 and went to art school before dropping out and starting a career in retail. At the tender age of 18 I went into publishing and event management and studied graphic design, and have been pretty much been doing that ever since.

What does Confetti Fair do for the events industry?

I think it gives new businesses a platform to launch themselves. A lot of events don’t allow for newcomers to exhibit, which can make it difficult for a new business to get their name out there. It is also a great way for those who only have online stores to have face to face interaction through their fair pop up shop. 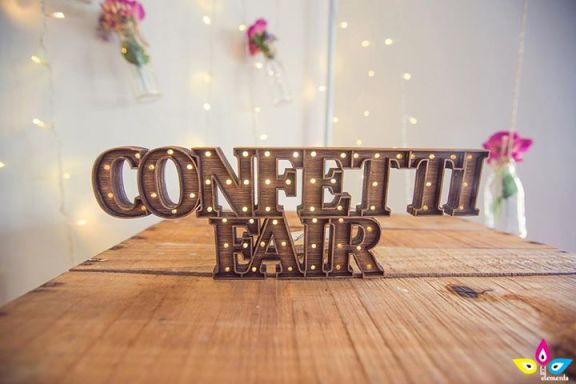 How did you first get started in the creation of Confetti Fair?

The first point was getting a website together, being a designer by trade I was able to do this pretty quickly without the hassle of going back and forth. Then I launched my Facebook page and started searching for businesses in the industry that I wanted Confetti Fair to be affiliated with.

What inspired you to begin the Confetti Fair magazine?

Having a background in publishing I am all about having a tangible product to look at. Whilst online certainly has it’s perks, being able to sit down with a  cuppa (or glass of wine) and read a magazine wins every time for me. I wanted to be able to give party hosts great ideas, tutorials etc. throughout the year and not just at fair time. 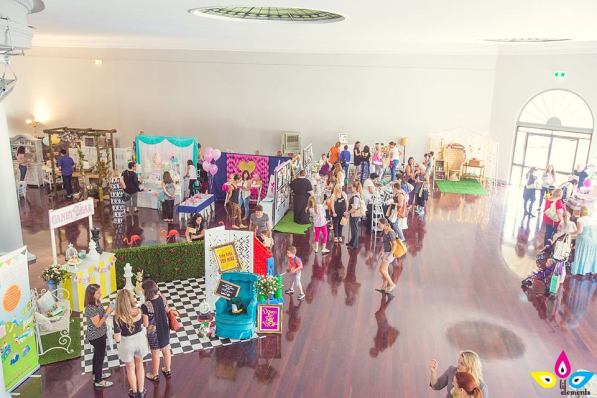 What is your favourite part about putting together the fair?

Definitely seeing the stalls that our amazing vendors create. They put in such a fantastic effort, and without them there would be no Confetti Fair. On par with that would be hearing the visitors gasps and comments when they first walk in to the fair. I tend to wander around speaking to visitors on the day of the fair asking what they think without them necessarily knowing that I am the owner.

My son, to have a better future for him, our vendors, magazines, nature, DIY blogs, gosh there are so many avenues of life that inspire me!

What is in the future for Confetti Fair?

We have two new fair locations this year; the Gold Coast and Auckland, which we are really excited about. Plus we launch our first Confetti Fair Junior in Sydney and Melbourne, and our annual Confetti Fair Junior and Confetti Fair Twilight magazine. More workshops and a few other things are in the pipeline too, but I am keeping mum about those!

Confetti Fair kicked off in Brisbane in March and is currently touring around Australia and New Zealand, so if you want to find out where it will be next check out the website. Confetti Fair Twilight is also coming to Melbourne and Sydney in June and July 2015, and I know I will be going, so come down with me! Check out the website for future details as well for all future events and magazines.